The All Afloat project for Neyland CP School through Neyland Yacht Club has once again been a huge success.

In June 2019, a group of almost twenty Year 5 and 6 pupils from Neyland Community School in West Wales participated in the All Afloat sponsored sailing programme. Based at Neyland Yacht Club, the sailing sessions introduce pupils to sailing a small boat by themselves and provides a pathway to join in future sailing activities. 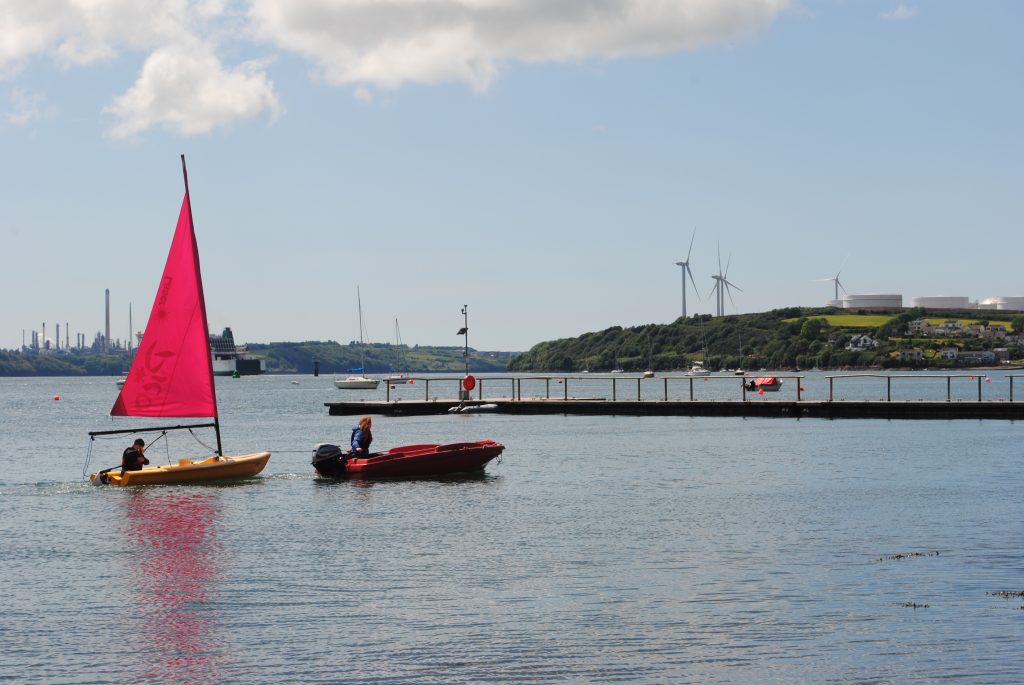 The children enjoyed four days on the water at the end of their summer term, then a number continued to join an after school club which included sailors returning from last year’s programme.

Sarah Bagley of Neyland headed up the delivery supported by a great team to deliver a fun and educational programme across the summer.

Following on from these summer sessions, Neyland YC are going to trial social sessions (Pay and Play) on Fridays during the summer holidays. The aim of these sessions is to integrate the All Afloat sailors with club members to enjoy more time afloat.

“There are huge benefits to this sailing programme. Not only were pupils out in the fresh air, but they were physically and mentally active throughout the day” said  Liz Griffiths, former head of Neyland Community school who embraced the All Afloat opportunity and accompanied the children on this year’s project she continued  “Team work was a huge part of the sessions along with pushing boundaries and conquering anxiety and uncertainty. Pupils who may not have a lot of self confidence in a classroom shone during the activities. When you see a child laugh delightedly at the experience of sailing despite being buffeted by the wind and waves you know that you’re on to a winning formula. 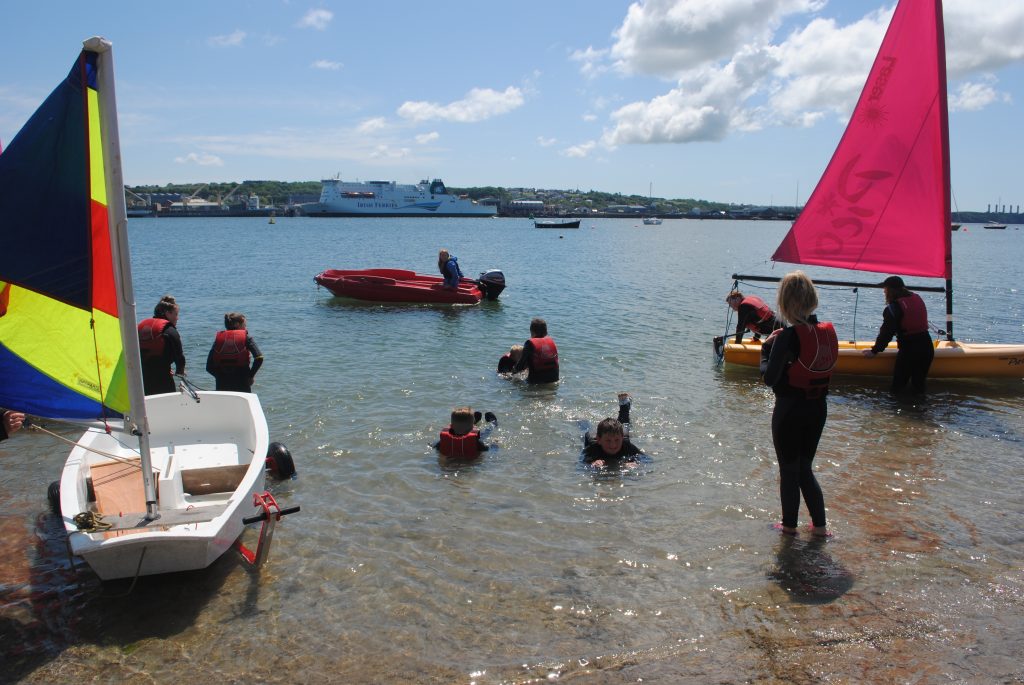 Sarah Bagley training principal concluded.  “We saw a big change in the kids from the beginning of the program to the end, they grew in confidence every day, not just in the sailing but within themselves. Of course none of this would be possible without the expert training team, who challenged, supported and encouraged the pupils to believe in themselves. Special thanks go to those trainers who gave of their free time to support the sessions making such great fun experiences”

This programme is only made possible by a lot of supporters including  All Afloat, the Welsh charity which works to ensure such projects are delivered in a fun and safe way across Wales. “This programme has been a great success thanks to the club volunteers, but also the wider community which has been hugely appreciative,” said RYA Cymru Wales West Wales development officer Hester Walker.

The project has also been made possible thanks to local sponsors including Port of Milford and Neyland community council. Anna Malloy, Stakeholder Engagement and Communications Manager at the Port of Milford, commented: “The town of Neyland has a strong link with the Milford Haven Waterway and it is so important to see school children being given safe and fun opportunities which may lead to a lifelong engagement with the sea in either a recreational or commercial way. While they are developing new skills they are also gaining a better respect for the water they live and play by.”

All Afloat is an independent charity initiated by RYA Cymru Wales (The Welsh national governing body for boating) with the aim of providing sailing and boating opportunities to young people in Wales and equipping them with lifeskills which will transform their lives.